UNder the banner of islam: turks, kurds, and the limits of religious unity
​(2021, Oxford University Press) 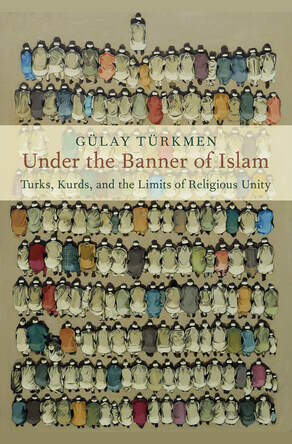 My book, Under the Banner of Islam (Oxford University Press, 2021), focuses on the ambivalent role Islam has played in Turkey’s Kurdish conflict—both as a conflict resolution tool and as a tool of resistance—between the years 2002 and 2015. Using the Kurdish case as an opportunity to explore the intricate relationship between religion, ethnicity, and nationalism, it scrutinizes the role of religion in ethnic conflicts, and asks: Under what conditions does religious identity play a unifying role in religiously homogeneous ethnic conflicts and under what conditions does it fail to do so? How do religious, ethnic, and national identities diverge and converge in such conflicts?

In search for answers to these questions, it ​employs a theoretical framework that attends to not only micro-level identity formation processes or macro-level doctrinal debates but also meso-level analysis of religious and political actors and how in their hands theological contents might change shape. Drawing on theories of symbolic boundary making and field theory and expanding on the literatures on ethnicity, religion, and conflict, it promotes a much-needed theoretical intervention regarding the formation and conceptualization of religious and ethnic identities in conflict zones.

Empirically, it relies on participant observation in Friday prayers and 62 interviews conducted over the course of a year (between June 2012 and June 2013) in three different cities (Istanbul and the Kurdish-majority Diyarbakir and Batman). Blending interview data with historical institutional analysis Under the Banner of Islam takes the reader on a journey into the inner circles of religious elites from different backgrounds: non-state appointed local Kurdish meles, state-appointed Kurdish and Turkish imams, heads of religious NGOs, members of religious orders, and pious politicians. The resulting narrative is not only a story of religion, ethnicity, and nationalism in Turkey’s Kurdish conflict but also a story of how ethnic and religious identities are negotiated in conflict resolution and how symbolic boundaries are drawn in ethnic conflicts.

Two articles from this research, entitled “Negotiating Symbolic Boundaries in Conflict Resolution: Religion and Ethnicity in Turkey’s Kurdish Conflict”, and “Civil War and Religion: Turkey”, have recently been published in Qualitative Sociology and the Oxford Research Encyclopedia of Politics and Religion, respectively.