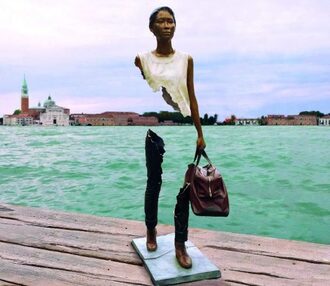 Vichinia by Bruno Catalano, part of the series "Travelers"
Liberal democracy is in decline around the world. With 54% of the world’s population now living in autocracies a new wave of autocratization is in full swing. Meanwhile, the number of highly-skilled emigrants worldwide is on the rise. Acknowledging that migration is a multi-causal phenomenon and autocratization is only one of numerous (e)migration drivers, this project asks: How has democratic decline affected highly-skilled (im)mobility beyond exile and forced migration in the last decade?

The POLITICS OF BELIEVING AND BELONGING: internal diversity among muslim immigrants in germany 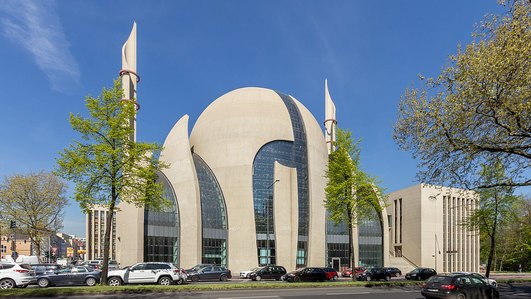 Cologne Central Mosque, built by the Turkish-Islamic Union for Religious Affairs (DITIB) and opened in 2017.
​In one of my ongoing projects, I explore the relationship between religion, ethnicity and nationalism by focusing on identity formation among immigrants and refugees from Muslim-majority countries in Germany. Specifically, I focus on inter- and intra-community dynamics among Turkish immigrants and Syrian refugees in Germany, who self-identify as Muslims. Through in-depth interviews and participant observation, I scrutinize how members of these communities define themselves and how they react to being lumped into the category of “Muslim”. I am especially interested in figuring out how they construct, transgress, or dissolve symbolic boundaries that serve to differentiate them not only from receiving populations but also from each other. Via such emphasis I hope to move beyond the simplifying dichotomy of “Muslim immigrants versus non-Muslim hosts” and highlight other markers of difference that influence the internal dynamics between and among Muslim immigrants.

Behind my decision to become a sociologist lies my interest in nationalism and national identity formation, which has resulted in several articles: The first, titled, "Lebanon: Parody of a Nation? A Closer Look at Lebanese Confessionalism" was published in Yale Review of International Affairs in 2011. The second, titled, “Coming to Terms with A Difficult Past: The Trauma of the Assassination of Hrant Dink and Its Repercussions on Turkish National Identity” was published in Nations and Nationalism in 2013. A third paper, co-authored with Shai Dromi, and titled “What Does Trauma Have to Do with Politics? Cultural Trauma and the Displaced Founding Political Elites of Israel and Turkey" was recently published in the Sociological Quarterly (2019). It focuses on the question of how nation-founding elites experience the trauma of the loss of power and how this impacts the way they imagine the nation. Another paper, co-authored with Sinem Adar, and titled "Beyond Affective Polarization: Nationalism, Populism and Emotional Disintegration" analyzes the relationship between the global phenomenon of populism and nationalism, and puts forward the concept of “emotional disintegration” to explain the increasing societal polarization that is characteristic of many a nation today. It is currently under review.

I have also published, with Phil Gorski, two articles on the relationship between nationalism and religion. The first, titled "Religion, Nationalism, and Violence: An Integrated Approach" was published in the Annual Review of Sociology in 2013. The second, titled, "Religion, Nationalism and International Security: Creation Myths and Social Mechanisms" was published in the Routledge Handbook of Religion and Security in 2012.
Proudly powered by Weebly
UA-112765272-1